Why the Nintendo Switch?

- I thought I'd write a few words about the decision to design Rogue's sequel around the Nintendo Switch. This will entail a little journey back in time, so let’s buckle up!

The genesis of Rogue Star started seriously back in 2005, when it was originally called Phoenix. The blueprint for the title was to create a portable space combat and trading game. The increase in computational power of portable consoles meant that this type of genre was now within reach. 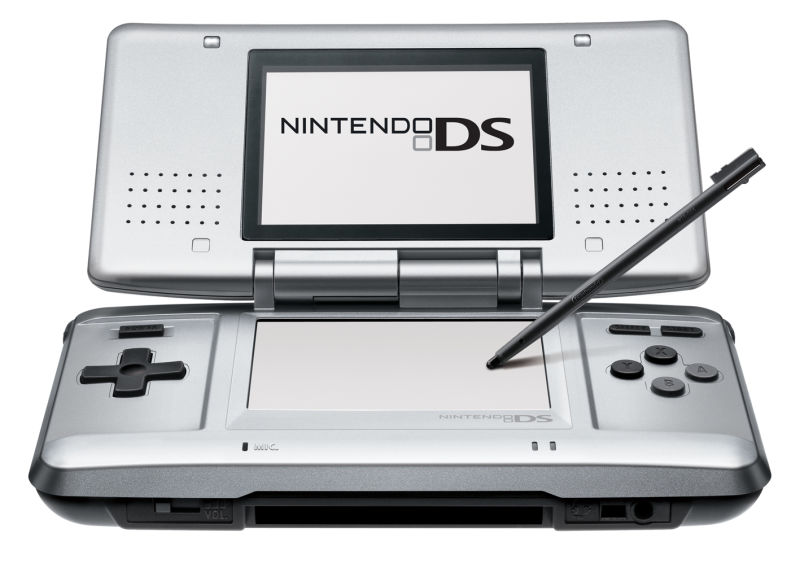 Sony’s PSP was for the time, a monster technically, however for me, Nintendo’s DS offered design possibilities over and above cpu cycles. The dual screens offered flexibility, the touch screen intuitive user input, it finally had (limited) online capabilities and this was backed up with a large, gamer literate community. Therefore, work commenced on the title with the DS as the target device.

(Look at the size of that thing!)

Fast forward to 2010 and the games industry had changed beyond all recognition. Smart phones had exploded the portable market and provided possibilities, via digital distribution, unthought-of just a few years prior. Because of this and other factors, such as the emergence of mature 3D development engines, Rogue’s development was switched to iOS and the rest is history.

Back to the present and we yet again see a huge shift in the gaming sector. The mobile phone game sector has matured in completely unexpected ways. From Rogue’s point of view, one of these shifts has been the lack of growth in the types of gamers who play on smartphones. In short, it’s extremely difficult as an indie developer to attract gamers who enjoy more involved mobile experiences.

It’s also worth mentioning that much of the appeal of developing again for a console will be the device’s dedicated physical controls. The twin stick setup will lend itself perfectly to Rogue’s mechanics while also still offering intuitive touch based uses. In short, I feel that the Switch’s design opportunities, together with the innovative features planned for Rogue Star ACE, could be the perfect match. And just think, how cool would it be to play Rogue with an actual joystick! 😉

Please feel free to comment. Would you like to hear more about Rogue’s history? Are you excited about the Switch? Would you still like to see the sequel appear on smartphones?

2 thoughts on “Why the Nintendo Switch?”