- Greetings pilots! A regularly requested feature for Rogue is the inclusion of cockpits. Therefore, its sequel will finally see these realised, so let’s chat a bit about them. Firstly, a little history on cockpits, their implementation and their use in Rogue.

Vehicle interiors have a long history in video games. In my experience they generally served three purposes:

Given these properties, why didn’t Rogue Star include cockpits I hear you shout! Well, there’s mainly two reasons why this was the case. Firstly, time was/is/always will be an unfortunate factor in any creative endeavour. Implementing cockpits, and implementing them to my satisfaction (more on this later) would have proved hugely time consuming.

Secondly, and perhaps most importantly, cockpits vastly reduce a player’s view of the action. And in fast paced fully 3D action games, this can be a big problem. Therefore, what they convey in generating immersive atmospheres, they quickly snatch away in gameplay terms.

A good example of this is the exemplary X-Wing. The cockpits were absolutely superb, genuinely adding to the authentic Star Wars atmosphere. However, how many people actually played with the cockpit view for any great length of time? Especially in intense combat situations. I very quickly learnt that the (.) key became my most used command! All of a sudden my screen was free of obstruction and I could see as much of the action as possible. In Rogue’s case it’s also worth mentioning that this issue of obstruction would have been multiplied many times over, due to the decreased size of the mobile phone displays compared to monitors.

Rogue Star ACE however will showcase cockpits so why the turnaround? Well, firstly with the move to the Switch all players will be guaranteed an increase in physical screen size (in portable mode) and in other cases (TV) an even bigger one! This will mean that there’s a real visual value in adding the feature. Secondly, the technology available today should help me to more easily implement cockpits. This isn’t just a case of faster cpus, better engine features etc, but of the ‘ease’ in which they can be created and their reduced impact on the time involved. 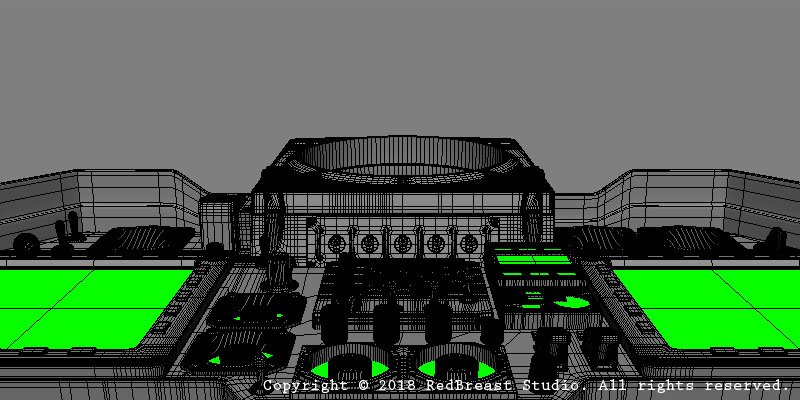 I’ll end with talking a little about the sequel’s use of cockpits, which will form the basis of Part 2. I discussed earlier how I’d only want to include cockpits if they could be done so to my satisfaction. In my view, cockpits should inform and delight players (visually) in equal measure, which is a tricky balance. In essence they should perform the functions of a real cockpit, which is the sole presentation of information in as efficient, effective manner as possible. Many times however this doesn’t coincide with great visual portrayals. I want Rogue’s cockpits to avoid the pitfall of favouring one over the other and strike the right balance.

In Part 2 we’ll delve further into ACE’s cockpit implementation. What are your thoughts on cockpits Rogue or games in general? Do you enjoy them and always have them turned on? What are your favourite examples on in games? Please leave a comment and let me know.